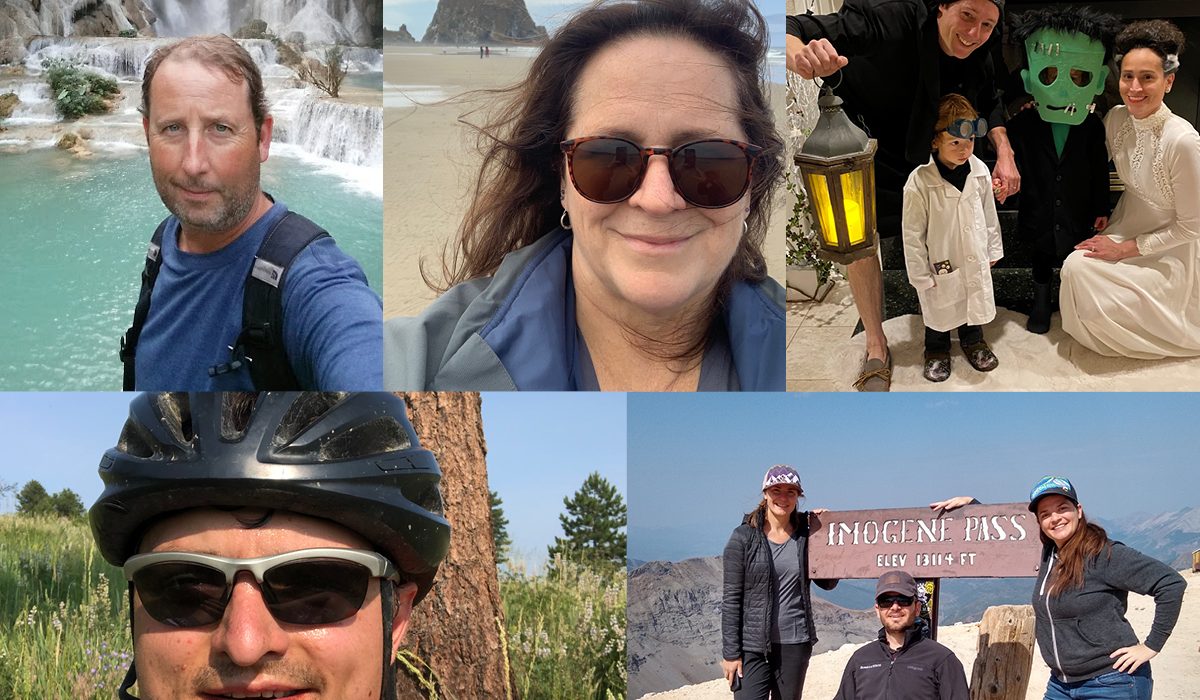 Get To Know Our Boulder Team

Janet is a Senior Project Engineer in our Boulder office and has been at JVA for nine years. From an early age, Janet has always cared for our environment and knew she wanted to be an environmental engineer. Her interest began in elementary school when she learned that although our earth has abundant water, less than one percent is available for human use – the rest being salt water found in oceans, fresh water frozen in polar ice caps, or too inaccessible for practical usage.

“I get to design water treatment facilities to provide the highest quality of water, and I work on projects that improve the management and distribution of our state’s water,” Janet says. She is a passionate advocate for water conservation and enjoys getting to work on projects that protect what she considers our most precious natural resource.

The most rewarding part of Janet’s job is working with disadvantaged communities from the early stages of funding assistance all the way to construction. Janet says as someone who grew up in the developing world, it is important for her to participate in projects that enhance quality of life in disadvantaged communities. She is proud of the work JVA does assisting clients securing funding for water and wastewater projects.

Something people might not know about Janet is she grew up in Columbia. She moved to the United States when she was 20. She didn’t speak English, nor knew how to drive a car, and had never lived on her own.

“It was a sink or swim experience,” said Janet. “Try taking Thermodynamics under that level of pressure.”

Janet appreciates that JVA has allowed her to have work-life balance. She is grateful for the opportunity to advance her career while growing a family. She’s inspired by her children, and loves reliving the magic of childhood. “I love making a big deal of holidays to create very special memories for them.”

Outside of work, Janet is an avid crafter. Turning egg cartons into art, for example, is one of the many projects she does with her kids. Living in Colorado, Janet also loves the outdoors. Her hobbies include hiking, skiing (even at an amateur level) and ice skating. Weather permitting, she skates on a homemade rink every winter, too!

Benjamin is a Structural Design Engineer II in our Boulder office, who also supports our Winter Park project team. He’s worked at JVA for five years. For Benjamin, structural engineering is the application of mechanics of materials with a practical understanding of building systems, to help his clients achieve their goals. He got early experience working on residential construction projects during summers in high school, which helped him develop respect for the hard work involved in framing and construction, and informed his decision to become a structural engineer.

One of his recent completed projects at JVA was the Halcyon School addition in South Boulder. Two buildings were designed with a unique exposed steel and wood-framed roof construction, based on the existing 1954 building. The school showcases many structural steel columns, wide flange beams with impressive spans, and exposed structural tongue-and-groove decking throughout the school. It won the 2021 Summit Design Award from the Association for Learning Environments.

Outside the office, Benjamin enjoys working on his family’s organic farm in Hygiene, Colorado, helping to kick off the growing season in the Spring and trying to keep up with year-round maintenance on the property. He’s been farming for 16 years, and loves connecting with the local community through the farm and local farmers’ market. He also loves the great outdoors, including mountain trail running and cross country riding.

Benjamin’s favorite thing about JVA is the company culture. “I have enjoyed getting to know everyone and love working with them every day. I can’t imagine finding a more supportive team to work with,” he says.

Sharon is a Civil Project Manager and has been a part of JVA for five years, with 19 years in the industry. She started out as a water resource engineer and wanted to integrate sustainability and natural resource conservation into her engineering training. She combined that with a Master’s in Environmental Science and Policy to best manage projects and communication with stakeholders about technical problems and solutions in a productive way.

“I enjoy the ability to influence the way our communities look, feel, and function as a civil engineer, and being involved in the planning and stakeholder process is one of the areas I really thrive,” said Sharon.

The project Sharon is most proud to have worked on is the Great Dharma Chan Monastery in Boulder, Colorado. The project spanned four years and started with a concept to convert a 14-acre farm to a peaceful respite with a community meditation hall and monk quarters. Sharon was part of the design team from concept through entitlement, public hearings, county review and approval, all the way to final construction. She says there were a lot of stakeholders, and a lot of moving parts, and it was a challenging project to work on from start to finish. All three of JVA’s departments played a role and was a wonderful opportunity to collaborate with colleagues.

“No matter what problems we had to solve, from managing shallow ground water to navigating irrigation ditch requirements, the team handled themselves in true Zen form,” Sharon said. “The finished project is stunning and I cannot wait to meditate there someday soon.”

Sharon’s favorite thing about JVA is the people we work with and the connection we have to our communities. She believes JVA has a commitment to supporting each other that she’s rarely seen in other consulting environments.

In her free time, Sharon loves to cook and dabbles in photography, yoga, and gardening. Something that people might not know about her is that she lived at the Biosphere 2 Research Center in Oracle, Arizona as a graduate student in 2002. She’s also a certified Master Scuba diver and did a trip on a liveaboard boat to the Great Barrier reef in 2010. Lastly, she’s fluent in French and lived there in her twenties!

Kathryn is JVA’s HR Specialist and has been with the company since 2017. Kathryn became an associate this year and is part of the corporate management team. She is most proud of the work and commitment that JVA staff have shown over the past couple of years towards racial equity and diversity, equity, and inclusion. One of her recent efforts has been to work with JVA hiring managers and other staff on ways to reduce bias in the hiring process by learning about and implementing skills-based hiring practices.

Kathryn is a Boulder native. When not at work, she can often be found at the pottery studio in her spare time where she also teaches pottery classes. Her favorite local lunch spot is the Walnut Café in Boulder. “They serve up a good helping of love and kindness,” she says.

Joe is a Senior Designer in JVA’s Civil department in Boulder. He has worked at JVA for 14 years and has been in the industry for over 30 years, starting the summer after graduating high school. At work, Joe enjoys working with his colleagues, learning new skills, and all the opportunities JVA provides.

Joe loves the events JVA hosts, especially the hut, bike, and raft trips, as well as the beer tastings. Outside of work Joe likes to travel. His favorite place to travel is Southeast Asia.